On April 27, staff at the Kelowna General Hospital Foundation received a message via Facebook from a Kelowna mother in response the recent Not Alone campaign to support youth mental health. In the message, she said that her daughter had been moved the Facebook campaign, and was ready to share her story.

Veerle Appels is a creative, thoughtful fourteen year old high school student at Okanagan Mission Secondary. She is a writer and an artist. Her story is revealing, and may be shocking to some, but to families navigating the incredibly difficult path of youth mental illness there is much to identify with.
Veerle hopes that by sharing her story, the community will come together for its young people and give, to stand with them and show them they are ‘Not Alone’.

In 2010, I was eight years old and lived in Christchurch, New Zealand. I was a relatively happy kid – a little introverted and anxious, but not to any great extent. That September, there was an earthquake measuring 7.0 on the Richter scale in Christchurch. Even though no one was killed, it destroyed over 100,000 homes and shook all of us. 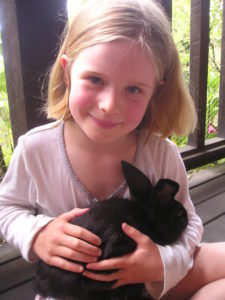 In 2011, when everything had finally settled down and the buildings had been rebuilt, there was another earthquake, bigger this time. This one killed 185 people and kick-started something in me that had never been there before.

Six weeks later, we moved to Canada. It was a strange new world, and, not being acclimated, I had no idea that something was wrong. A few months later, my Mum started noticing how I would jump when a truck rumbled by our apartment, how loud noises would make me cry and how I would pick at my skin incessantly. Once, when she turned on the stereo and the sound blared, I cried into her arms for half an hour. She sent me to a trauma therapist every Wednesday after school for a while, and I recovered a bit from what I came to understand was post-traumatic stress disorder (PTSD). I no longer covered my ears when someone said the word ‘earthquake’ and only flinched when a heavy truck rumbled by. I was okay again.

I stopped my counseling sessions. But when I was ten, I started pulling out my hair. I didn’t know why. I would twist some of my hair around my knuckles and yank it out whenever I got bored or anxious. The condition is called trichotillomania. I saw another therapist and this time, I didn’t get better. My hair-pulling habit became an obsession, which spawned anxiety – were people going to notice the bald spots? The clumps of hair scattered on the floor in my bedroom? I drew in on myself and eventually became suicidal and depressed.

I started self-harming because I didn’t really know how else to express the pit of despair that was growing inside of me. My depression was represented in three-day bouts of me holing up miserably in my room and screeching at anyone that came near. I kept self-harming because the blood affirmed that I was still alive, even though, at that point, I didn’t even really want to be anymore.

I felt awful. I was heavily insomniac. My physical health was not good. But mostly, my mental health was what kept me subdued. My mind was a constant battle. Everything was an immense effort. To do something so simple as walk to the fridge was still a scenario in which I had to coach myself in my mind for every step that I took. I was completely lethargic and intensely angry at the same time. I had some dissociative periods where my mind seemed to physically shut down functions – sometimes I physically couldn’t speak for a few hours, or I couldn’t hear. My brain seemed like a chaotic mess of disheveled functions jammed together in the hopes that they’d work. But they never actually would.

Finding help was hard. I saw two therapists before I was taken to the hospital. In the seventh grade, in a deep depression, I was taken to Kelowna General Hospital. During our first visit, though I was not yet admitted, they really tried to help and provided another list of referrals to see other counselors. When my parents called their offices, they’d often kindly tell us that they were full, but that they could recommend someone else. It was a chain of referrals and recommendations that ended up with me not getting the help I needed.

Later, after a suicide attempt, I was back at KGH and admitted for six weeks, then moved to BC Children’s Hospital for another month and a half. While in hospital, the resources I needed were readily available. But I couldn’t stay in the hospital all the time. I was provided with a counselor at Child & Youth Mental Health.

I was always an introvert so my friends were mostly the ‘I’ll-see-you-at-school type’ and I was always a different person at school. After grade seven, when I went to the school that I’m at right now, I didn’t tell anyone about the depression. I found it easier to tell people about my ‘trich’ as it doesn’t have the same stigma attached to it, but I only have maybe three or four friends that know I struggle with depression, anxiety and PTSD. I’m not talking about it with people other than my parents. Sarcastic statements like, “Oh, I have so many assignments, I want to kill myself” reinforced not wanting to talk about it, because those scenarios aren’t welcoming.

I've begun to realize that the diagnoses don't really define me. Whatever I may or may not have is simply a way to categorize my behaviors, some of which wouldn't be diagnosed on their own if I didn't also have the other stuff.

During my recovery, I searched for creative outlets to express myself ways that didn’t cause me more harm. My mother’s artist friend helped me and I started painting. It has been a huge part of my healing. While I was depressed, I also wrote a lot, mostly poetry that was dark and reflected my mood. But gradually as I felt better, my writing became freer as well. I still write a lot about mental illness because it’s been my experience. Writing allows me to be more insightful and uplifting, rather than smoggy. When I’m anxious, I spend a lot of time painting and writing. I write poetry and fiction novellas, which are generally pretty cathartic for me.

Mental health is a silent killer that doesn’t always succeed with the killing. With other illnesses like diabetes or cancer, you can attribute what you are feeling to symptoms of your disease. But with mental illnesses – depression, anxiety, OCD, ADHD – it’s not the same. The statistics are incredibly high –one in five youth suffers, and it’s estimated that mental illness has a significant effect in the lives of one in every two people. There’s not nearly enough done to help young people. Depression and anxiety are mental illnesses, both of which can be treated. The illness does not have to be permanent, the condition does not have to be permanent. But for far too many, it is.

Donating to Foundry Kelowna will make a huge difference in making sure care is available and accessible so that young people don’t end up in the hospital barely hanging on to their lives. It will stop the chain of helpless referrals that lead you back to where you came from and get people help when they need it, not months later, when they’ve deteriorated.

To me, ‘Not Alone’ means support, something all of us struggling with our mental health desperately need. It means that even when you’re physically alone – as in not surrounded by people – you’re a part of a network that you can call when you feel an anxiety attack coming on, or a counselor you can meet up with when you’re back in a pit of depression. It means that kids that might not have parents that can always be there, have someone that can be there when they need, people that know your struggles and welcome you as they try to help.

Helen’s Story "I am referred to as a mother with lived experience. And I can assure you, it’s not one you’d wa

Georgia's Story She chose to take her own life only 7-months ago. Through his grief, her father bravely shares her s

Nicholas' Story A pre-med student at UBC-O, talented goalie for the Okanagan Heat, good looks and a loving family. B

Abbie's Story We discovered Abbie’s work on Instagram. Within a few seconds we knew she would be our campaign p
See All Stories